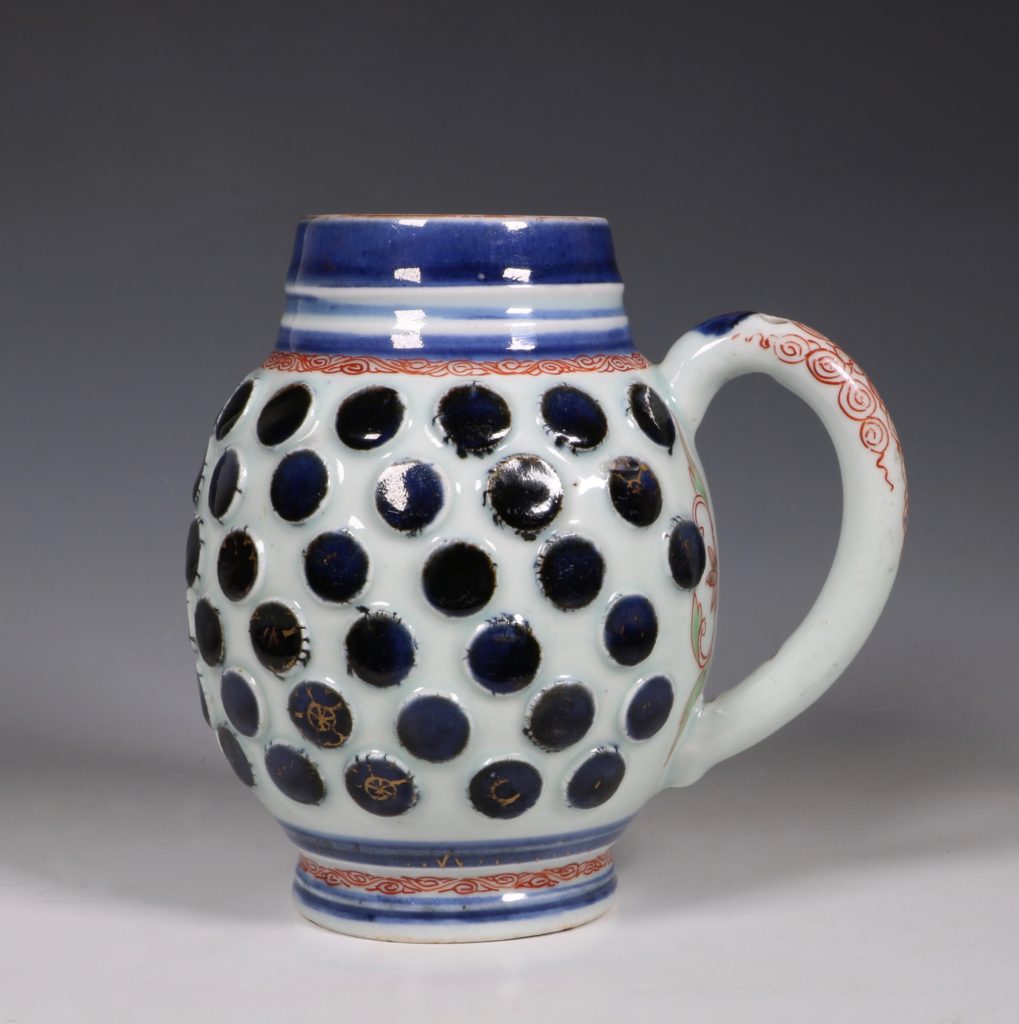 The rounded body applied with round bosses painted blue

The neck with a blue band

Condition: excellent, some wear to gilding