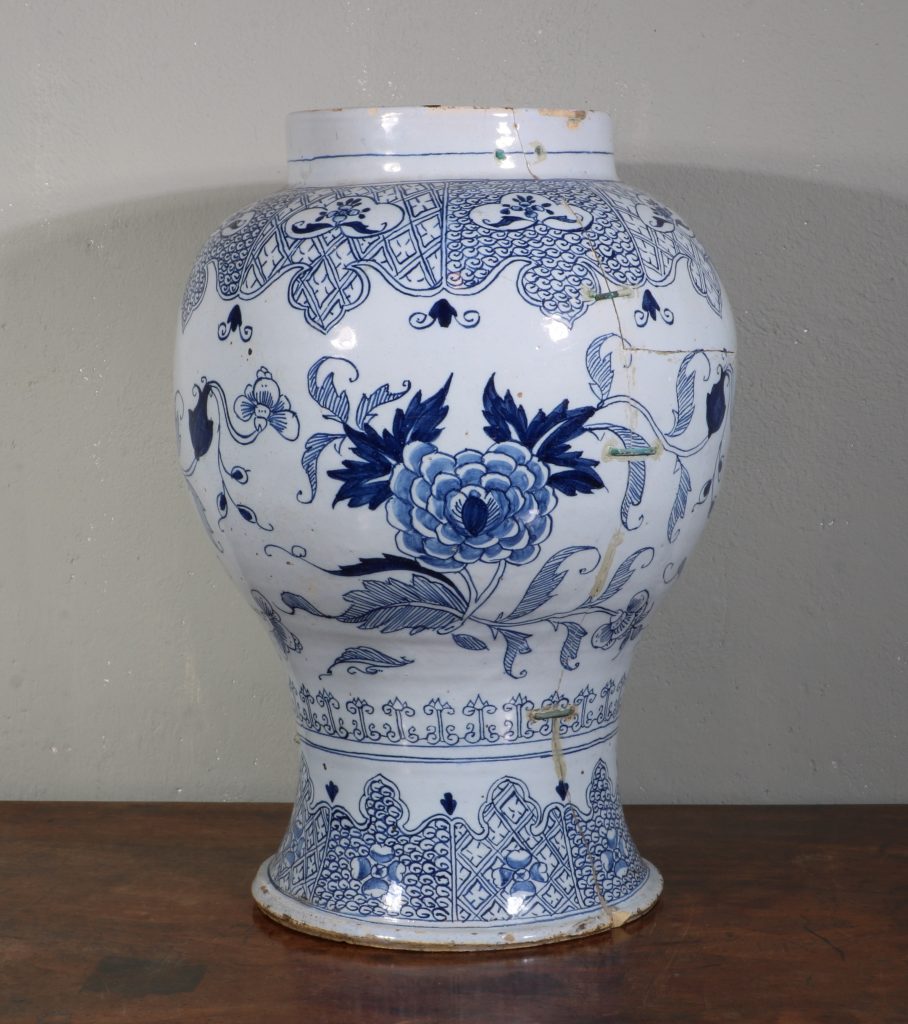 Decorated with a floral scroll between shaped diaper panels

The first thought about attribution for a vase like this would be Liverpool.

However, there are some unusual qualities. The glaze is not as ‘smooth and even’, neither is the drawing as one would expect with Liverpool.

The potting is clumsy, the base being heavy causing firing flaws which have then extend into cracks.

There was a sugar caster or muffineer in the first Lipski sale, 10th March 1981, lot 147, with very similar decoration and characteristics from the same factory, catalogued as ‘probably Liverpool’.

John C Austin illustrates a vase in ‘British delft in Williamsburg’, No 605, which has the same border of small spirals alternating with the trellis diaper