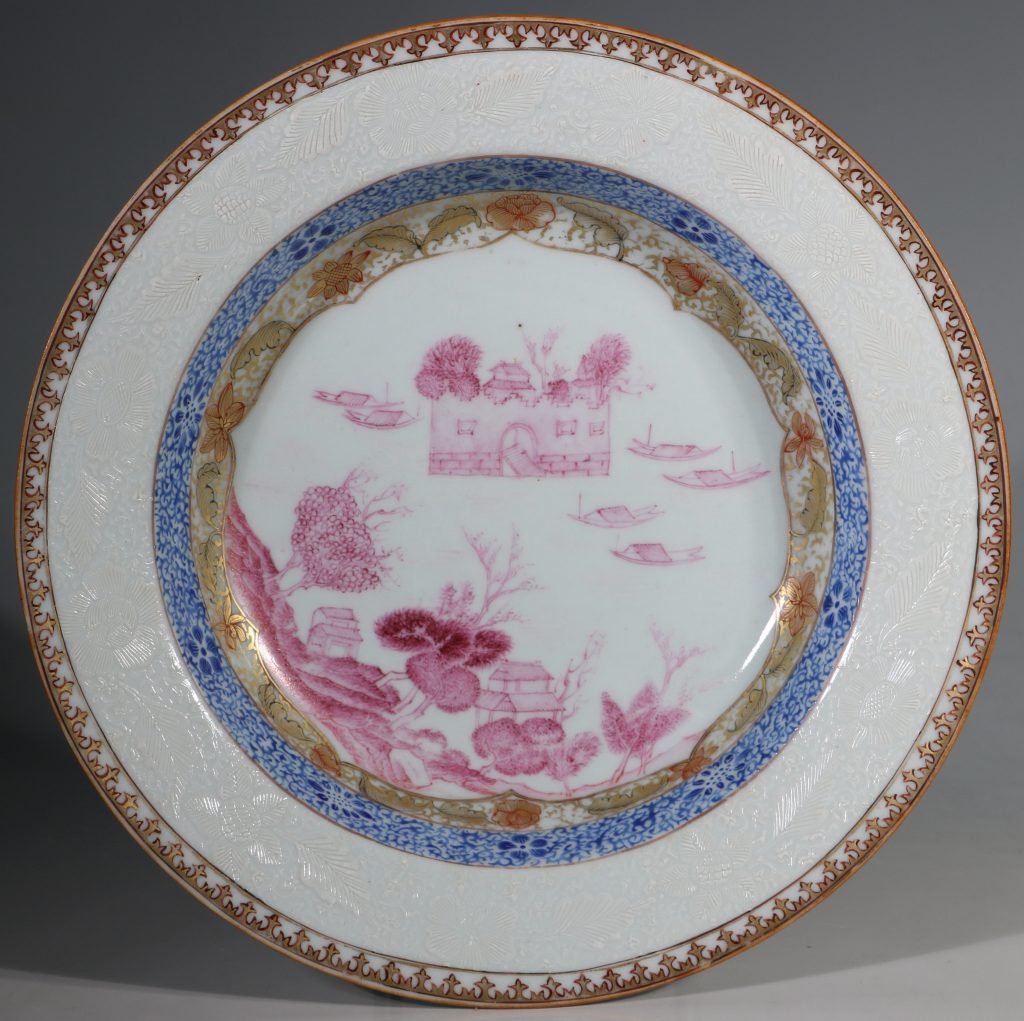 Within a gilt, and a blue enamel floral borders

The rim decorated with a  bianco-sopra-bianco floral scroll