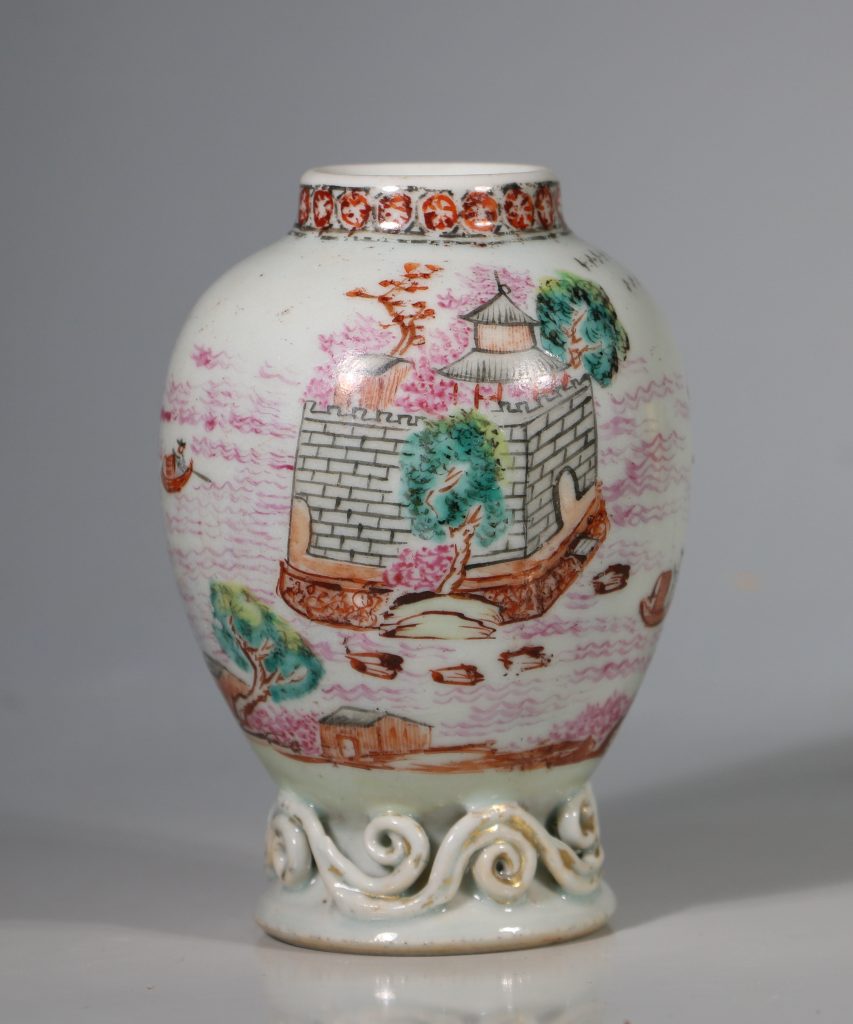 Decorated with a trading ship approaching the Dutch Folly Fort

Together with a matched cover