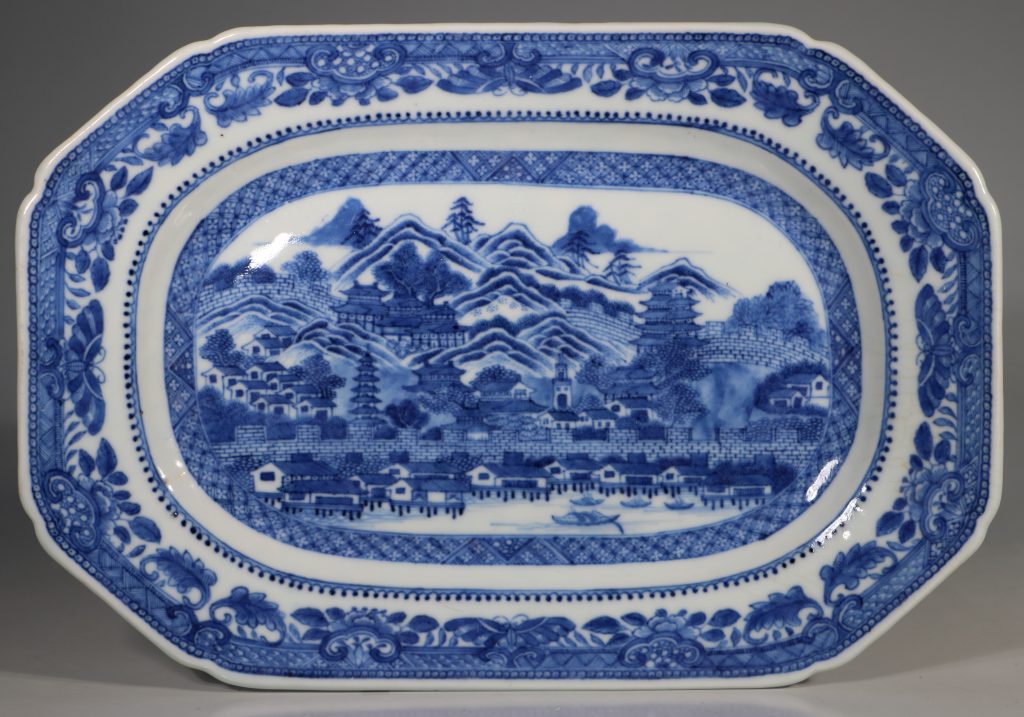 Several features are still visible which would have been familiar to those in the 18thC;

To the right is the Five Story Pagoda known as the Watchtower or Pavilion Overlooking the Sea ( Zhenhai Lou),

To the left is The Flowery Pagoda with seven roofs, to the upper left is the Temple of Filial Piety,

Left of centre is the tenth century Light Tower Minaret all within the old City Wall.

Condition: there is some glaze crazing to one end of the dish.