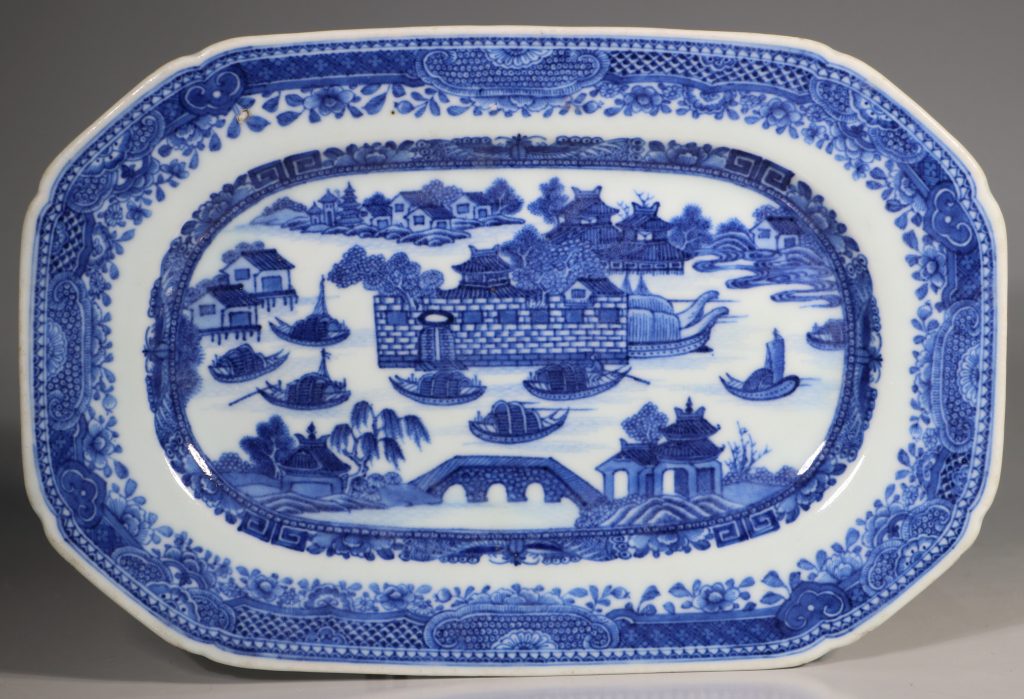 Finely decorated with a scene of the Dutch Folly Fort

With two large barges moored to the side

The walled ‘fort’ containing a temple and a grove of trees

See ‘Treasures of Chinese Export Ceramics from the Peabody Essex Museum’ No 52. Page 146

For a similar dish