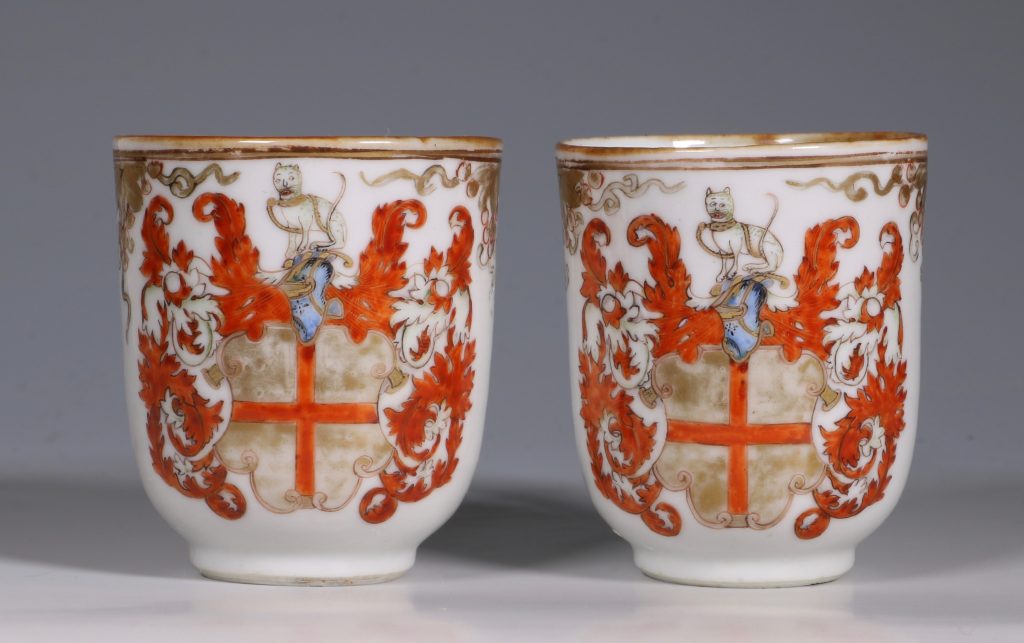 With the arms of Burgh

Condition: both perfect, some wear to gilding

Sold together with the damaged spoon tray

These are the ancient arms of De Burgh or Burke, the Earls of Ulster in the 13thC

Whose descendants now bear a Lion Rampant Sable in the first quarter.

The family of Burgh of Drumbeen in Co. Limerick lack this lion

A bookplate exists with identical arms as these and described as