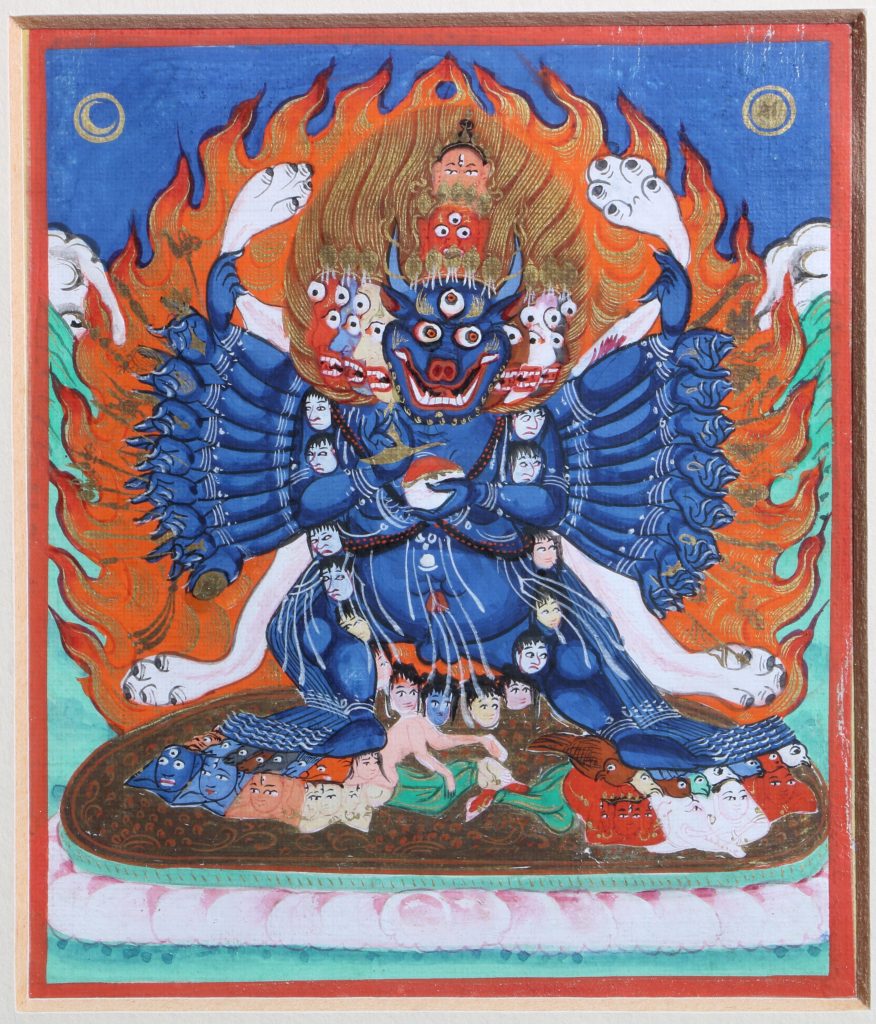 A Miniature Tsakli of Vajrabhairava

Tsakli are miniature paintings which are used in various Buddhist rituals.

Provenance; this Tsakli was included in the exhibition ‘Art of Buriatia, Buddhist Icons from Southern Siberia’ held at Spink in December 1996, No 32.

The traditional religion was Shamanism but the monopoly came to an end with the introduction of Tibetan Buddhism from Mongolia, most likely in the 17thC