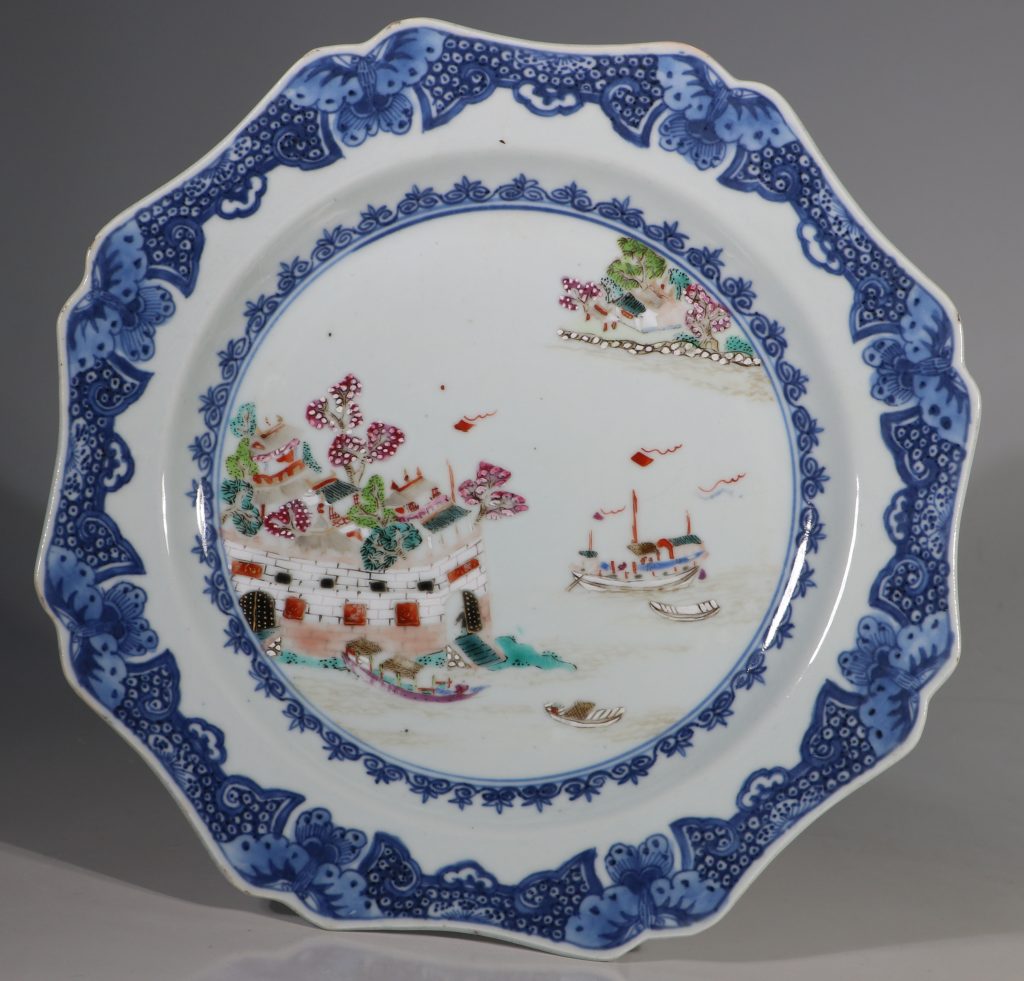 Decorated with a trading ship approaching the Dutch Folly Fort

A pagoda and a grove of trees within the walls

The rim with a blue and white border

Condition; one small frit in rim